Tim and Beth's wedding took place on a bitterly cold winter's day at Deer Park Hall, just outside of Pershore. As I was second shooter for the day, I headed straight to the venue to get some photos of the inside all set up and ready to go. With it being December, the decorations were very much Christmas themed, and the cake was simple yet beautiful. 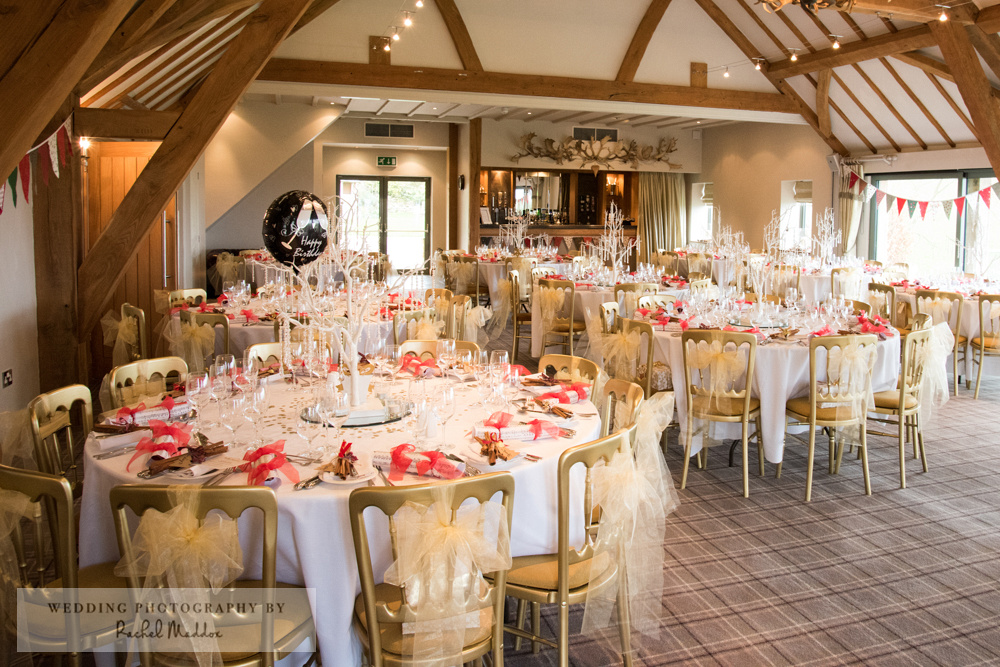 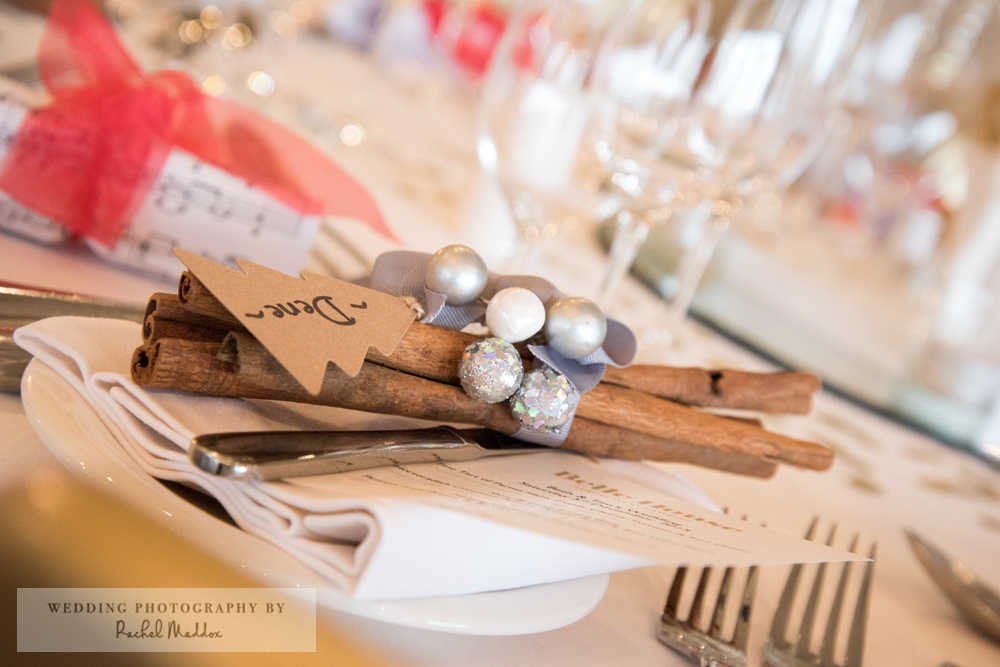 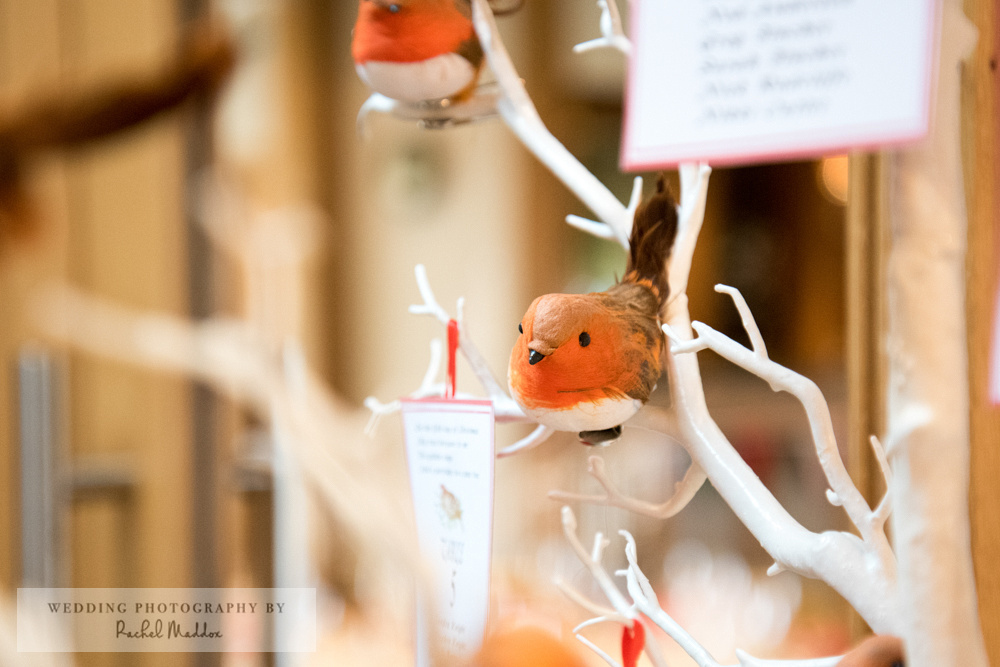 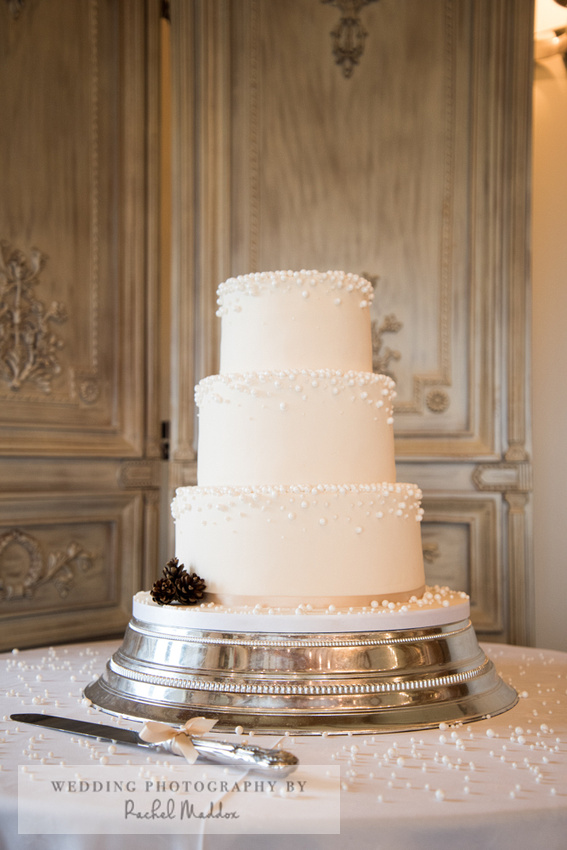 Whilst John was with the bridal party as they were getting ready, I took some candid photos as the guests were greeted in the entrance before the ceremony. 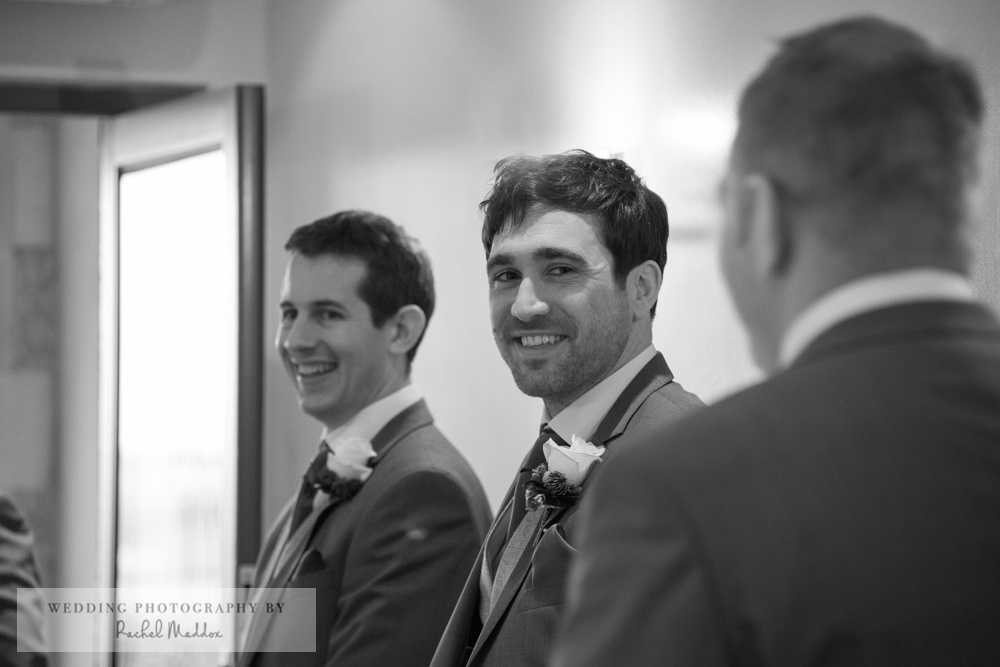 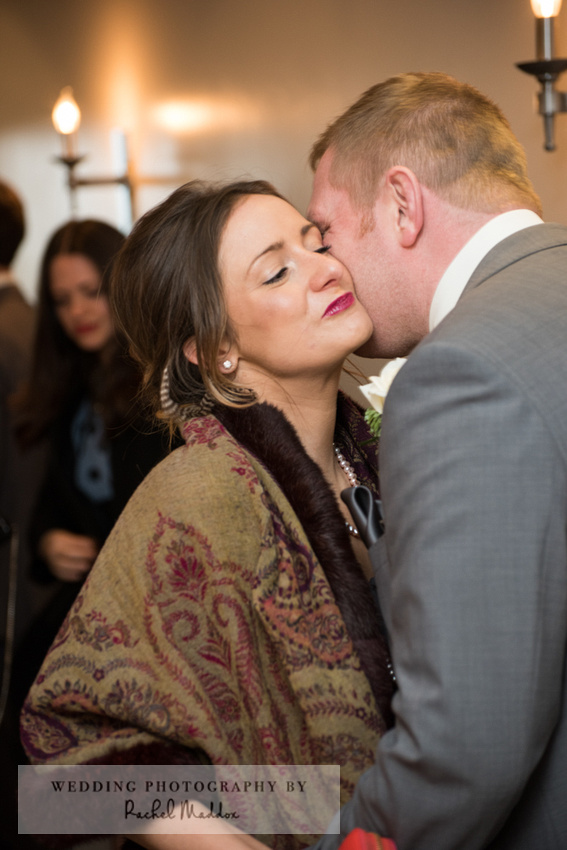 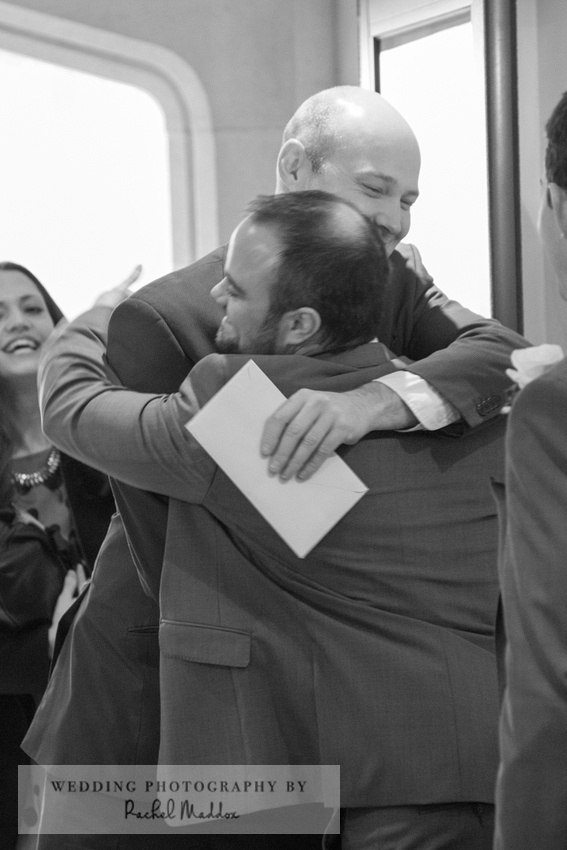 As Beth arrived at the venue, John gathered the bridesmaids together for a photo, where I got this lovely shot of their bouquets: 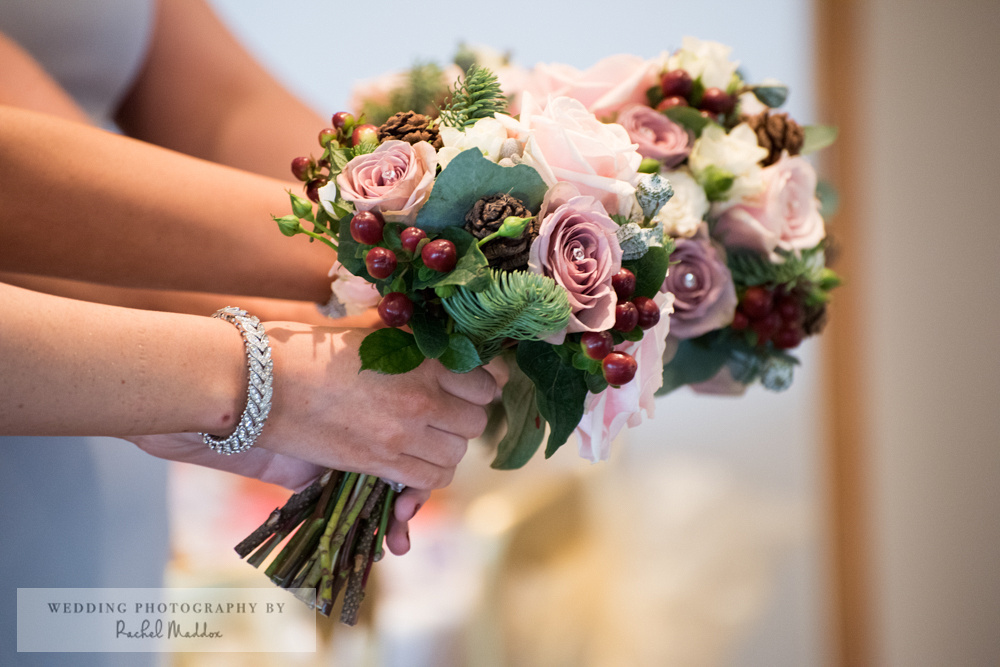 For the ceremony, I chose to stand up on the balcony at the back of the room, which proved very handy for getting the groom's first look photo! 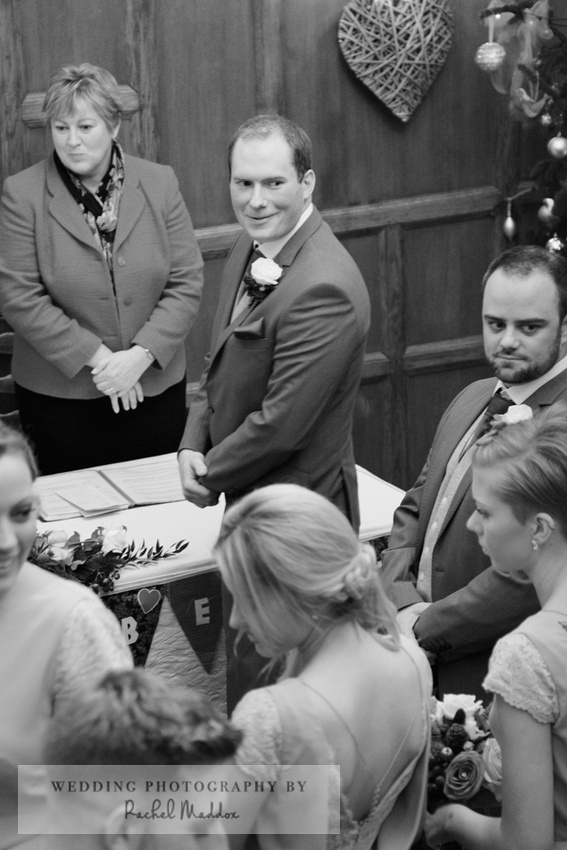 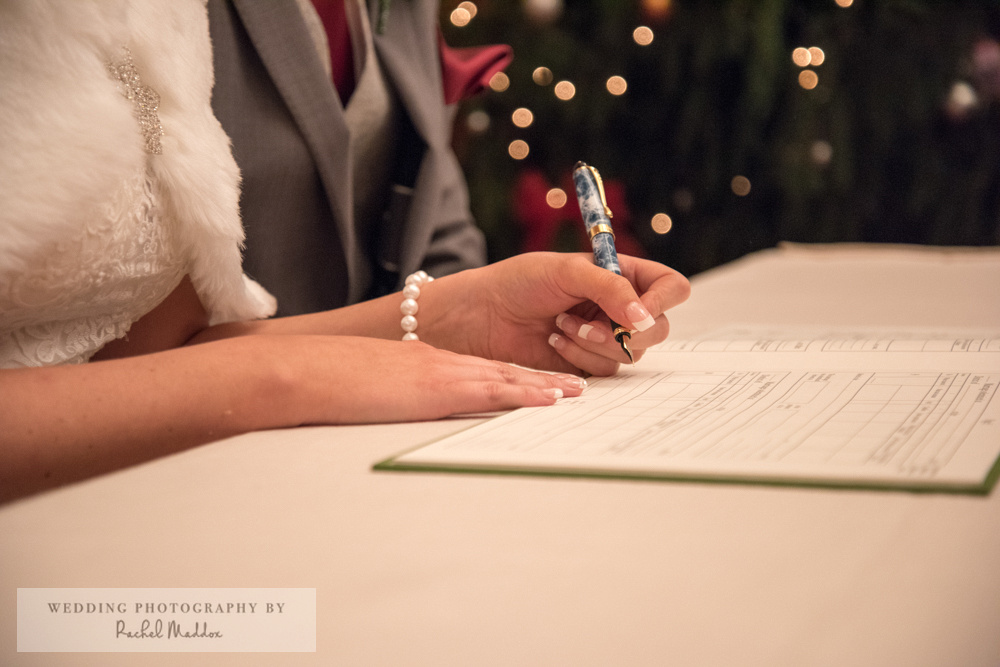 The couple braved the bracing wind and had some photos taken outside which John took charge of whilst I took some more candid photos of the guests. Later in the evening followed the speeches and the first dance. Again, I chose to stand up on the balcony to get a different angle. 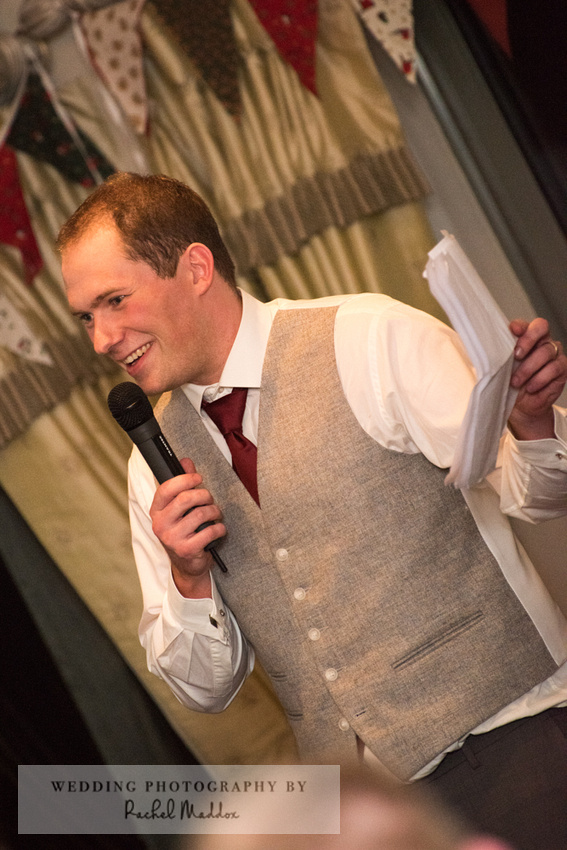 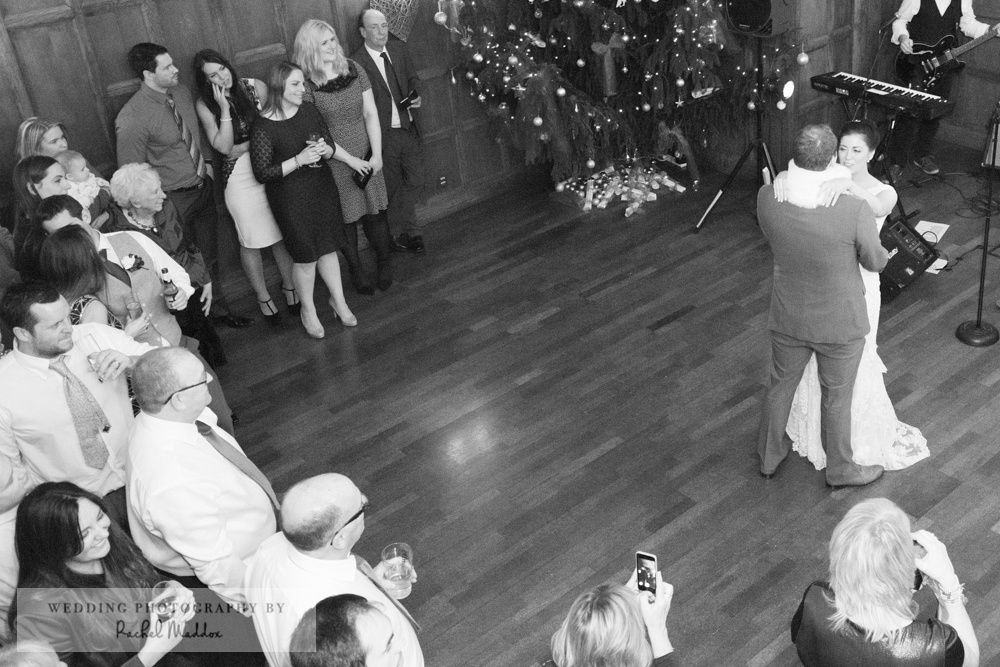